Mount Parnassos is located in central Greece and extends through the prefectures of Viotia, Fthiotida and Fokida. To the northwest it joins the Giona mountain while to the south it connects with Kirfi mountain. With the highest peak being at 2,457 meters at Liakoura, it is  one of the tallest mountains in Greece but also one of the most beautiful, full of Kefalonian fir trees with dense vegetation and rare natural beauty that appeals to visitors all year round.

Mount Parnassos in mythology and history

Like Mount Olympus, Parnassos is a mountain inextricably linked to Greek mythology and the history of the country. At the foot of Mount Parnassos is the most important oracle of Ancient Greece, the oracle of Delphi, the religious center of the ancient Greek world, which was dedicated to Gaia and Apollo. To this day, Delphi, referred to as “the navel of the world”, is a magnet for thousands of tourists globally.

Parnassos is also associated with the myth of Deucalion. When Zeus decided to destroy the human race by causing torrential rain, then Deukalion, following the advice of his father, Prometheus, boarded a ship with his wife Pyrra to escape. On the tenth day the ship is said to have ran aground on Mount Parnassos, where Deukalion made a sacrifice to Zeus to recreate human kind.

Another version states that after the deluge, the inhabitants of the city founded by the hero Parnassos, son of Poseidon, were led higher up the mountain, following the cries of wolves, to escape. There they built a new city which they named Lycoria, today’s Arachova, which means the cries of wolves. Throughout history, Parnassos was the stronghold of Greek tribes in southern Greece, holding up against invaders from the north. The mountain played an important role in the Greek Revolution of 1821, as great battles took place there between Greeks and Turks, mainly in the battles of Alamana and Gravia. 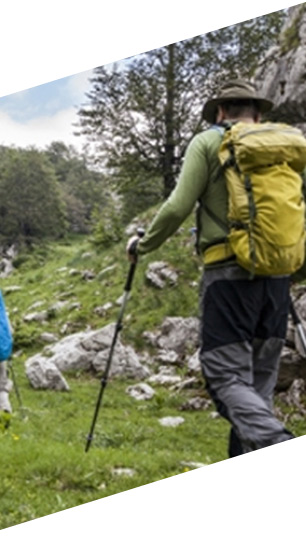 Parnassos provides a complex ecosystem, which has a wide variety of landscapes and biotopes. In order to save, improve and boost flora and fauna, to preserve geomorphological formations, along with the simultaneous development of tourism and the increased awareness of visitors, Parnassos National Park was founded in 1938.

The park consists of extensive flora and plant species of particular scientific importance. The flora of the area includes more than 600 species, which belong mainly to the category of aromatic, medicinal and poisonous plants. The forest vegetation is dominated by the Kefalonian fir tree, black pine and deciduous oak trees.

The fauna consists of animals common in Greece, such as foxes, badgers, hares, squirrels and other species of rodents as well as insectivores. Jackals, wild boars and ferrets are rare, while wolves and deer have just about disappeared from the area. From birds, one can find partridges, woodpeckers, ring ouzels, alpine accentors and in regards to reptiles the Mediterranean turtle, the wild lizard and viper can be seen. Outside of the dense forests, vultures, eagles and smaller predators appear -unfortunately- in small numbers. Most of them are protected species.

Cookies are used to operate this website and improve the user experience. Cookies are not used for any purpose other than the above.
Accept all
Manage consent

This website uses cookies to improve your experience while you navigate through the website. Out of these, the cookies that are categorized as necessary are stored on your browser as they are essential for the working of basic functionalities of the website. We also use third-party cookies that help us analyze and understand how you use this website. These cookies will be stored in your browser only with your consent. You also have the option to opt-out of these cookies. But opting out of some of these cookies may affect your browsing experience.
Functional
Functional cookies help to perform certain functionalities like sharing the content of the website on social media platforms, collect feedbacks, and other third-party features.
Analytics
Analytical cookies are used to understand how visitors interact with the website. These cookies help provide information on metrics the number of visitors, bounce rate, traffic source, etc.
Advertisement
Advertisement cookies are used to provide visitors with relevant ads and marketing campaigns. These cookies track visitors across websites and collect information to provide customized ads.
Others
Other uncategorized cookies are those that are being analyzed and have not been classified into a category as yet.
SAVE & ACCEPT